Over the past few years, one of the biggest candy trends has been FREEZE DRIED candy! That’s right, freeze drying isn’t just limited to meat and fruit now, but also CANDY! Looks like astronauts can even have their fill of sweet treats! Social media has taken this invention and has run with it. All over TikTok, YouTube, Instagram, Facebook, and even Pinterest are thousands of photos and videos featuring freeze dried candy. Even with all that, there are still a lot of people who haven’t heard of it, or are wondering what it is, and that’s what this post is for! We’ll try and answer all the basic questions about freeze dried candy, and if there are any we miss, be sure to let us know in the comments.

What is Freeze Dried Candy? 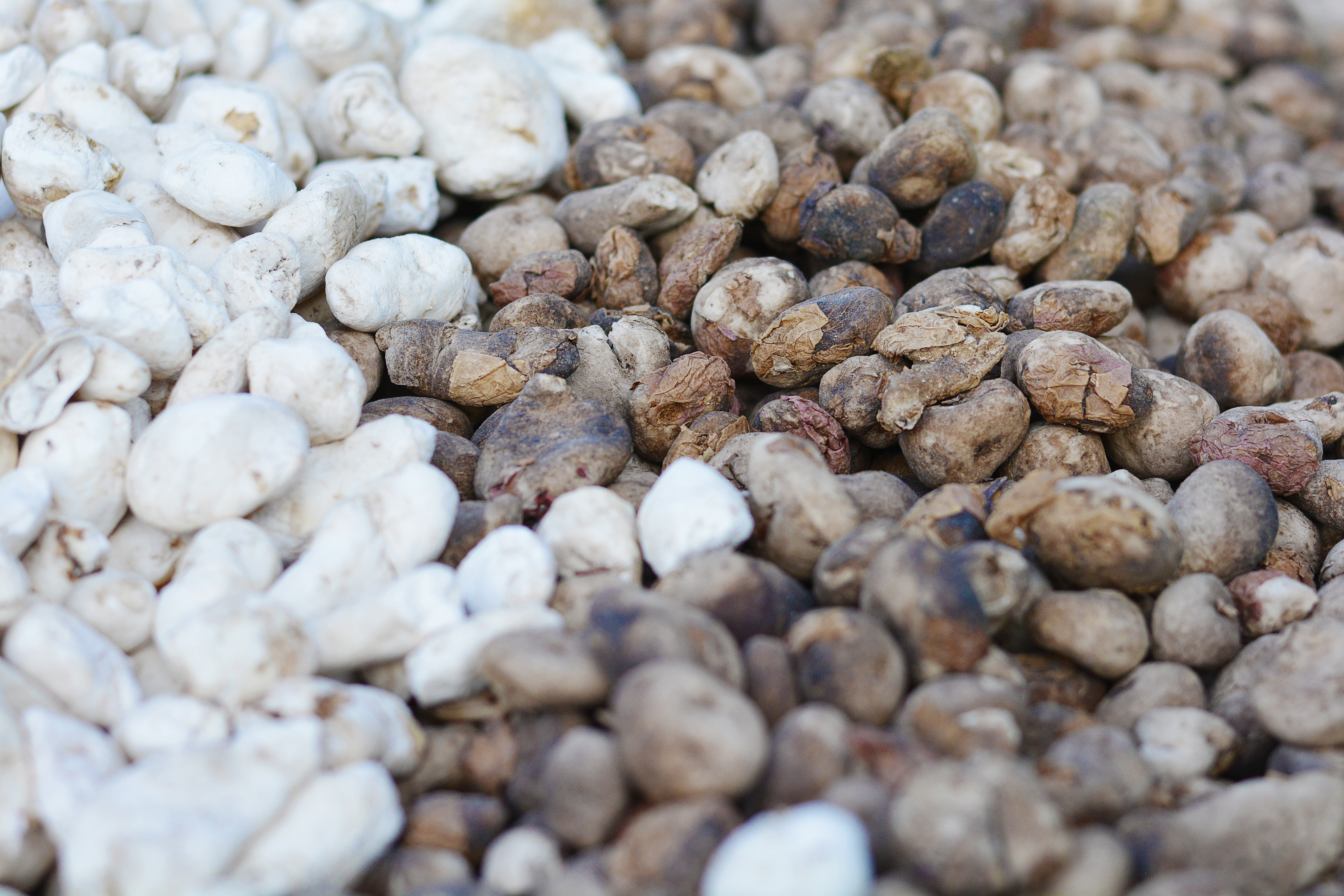 Freeze dried candy is candy that has gone through the freeze drying process, which removes over 95% of the water in the products and does it under vacuum so the candy takes on unique shapes and textures. The process of freeze drying has been around for centuries. In fact, it is thought that the ancient Incas were among the first to “freeze dry.” They made (and still do make) freeze dried potatoes, or chuño, by exposing their potatoes to the daily cycles of hot days and cold nights in the Andes mountains and also by stomping out the juices, according to the NY Times. Today, some of the most common freeze dried foods include herbs/spices and instant coffee. Until recently, freeze drying was only possible with large machines or through a long natural process. In the past few years, smaller, home versions of freeze dryers have appeared, making it easier for smaller businesses and home users to freeze dry items. This is certainly one of the reasons for the explosion of freeze dried candy sales.

Most people say that Freeze dried candy usually tastes like the normal version of the candy, but a bit more intense. This makes some sense, since the water is removed from the candy, leaving the flavor more concentrated.

What is the Texture of Freeze Dried Candy?

Here’s where it gets interesting. If you were to freeze dry most items, they tend to get a bit smaller and maybe even

shrivel up – not candy. Because of the limited amount of water in the candy, when it’s under the vacuum process, it actually expands. Add that to the fact that the water has been removed, and what you get is a light and airy, crunchy texture. For Skittles, this means that they blow up and their chewy insides leak out and get crunchy. For gummies and some other candies without shells, they blow up and have the texture of a cheese puff (but with their great candy flavor). Yum!

We have seen some people suggest that freeze dried candy has more calories than their regular counterparts. This is because you are getting less water and more of the other ingredients per serving. While that may be true, it’s probably a negligible amount of difference, given that there is so little water in the candy to begin with. Besides, who really counts the calories of candy?

Can All Candies Be Freeze Dried?

Well, you can put any candy you want in a freeze dryer, but some will come out the way they went in, just a lot colder. Some candies, such as Swedish Fish® and other juju types of candies do not freeze dry. In addition, chocolate does not freeze dry, it has too much oil. However, freeze drying candy that contains some chocolate is very possible. Freeze dried Charleston Chews are a great example of this. The marshmallow inside puffs up big and crunchy and the chocolate covering breaks apart like Bruce Banner’s clothes when he transforms into the Hulk. Chew on that!

How Does Freeze Drying Work?

Here is the basic idea:

So, What Kinds of Freeze Dried Candies Can You Get?

Well, here at Bulk Candy Store, we have tons of your favorite sweets freeze dried-ified! Some of our most popular are

It certainly looks like this new candy trend isn’t going away any time soon. And who would want it to? There’s just something so satisfying about biting into a sweet, fruity treat with an extra crunch to top it off. As we continue to navigate the world of freeze drying, we’re bound to have more delicious freeze dried candies in the future, so be sure to check back on our website often to see which freeze dried treats we’re gonna make next!