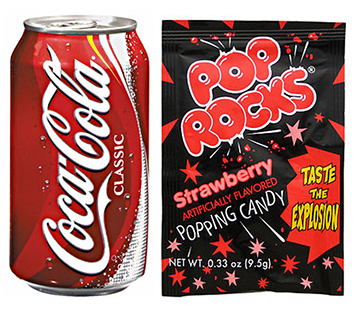 The tall tale of deadly Pop Rocks came from the infamous Little Mikey,  the cute face of the classic Life cereal commercials in the 70's. The legend states that poor Mikey gobbled up a bag of Pop Rocks, and then decided to guzzle a can of Coke which "according to folklore" made Little Mikey's insides burst like a microwaved egg. Have you tried this risky concoction? Is it risky at all? Let's find out. 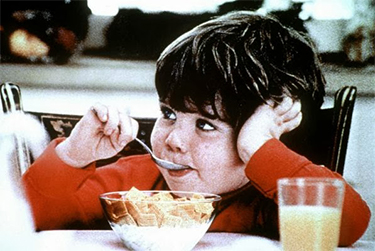 Contrary to popular belief, Pop Rocks candy does not contain an acid-based mixture, but a small amount of carbonation made from carbon dioxide, that produces large volumes of gas when mixed through chewing and saliva. Mikey was rumored to have died due to a stomach explosion after eating the candy and Coke mixture. The incident was and is completely false and the former child actor, whose real name is John Gilchrist, is alive and well. Even after much debate, Pop Rocks was still taken off of the market in mid-1980 due to the insidious rumor of Little Mikey's death. Just a few years later Pop Rocks made their encore debut, rising from the ashes of mythos to fulfill their destiny as one of the most cherished hard candies of the century.

Pop Rocks, the carbonated popping candy, was invented by chemist William "Bill" Mitchell while working for the General Foods Corporation in 1956. He created the popular treat by mixing sugar, lactose, corn syrup, dye and artificial flavoring. The ingredients are heated, allowed to melt and then carbonized. Bubbles form as the mixture cools. As you eat the candy, the bubbles burst, creating the signature popping sensation. Containing less carbonation than half of a can of soda, Pop Rocks are a completely safe, tasty fun way for kids to enjoy candy. So will your stomach end up outside of your body if you happen to mix a pack of these popping candy treasures with a can of pop? No, we can assure you that although you may get a case of bubbly guts when adding more carbonation to these already fizzy rocks, your stomach and your life will still happily go on after the candy has gone. 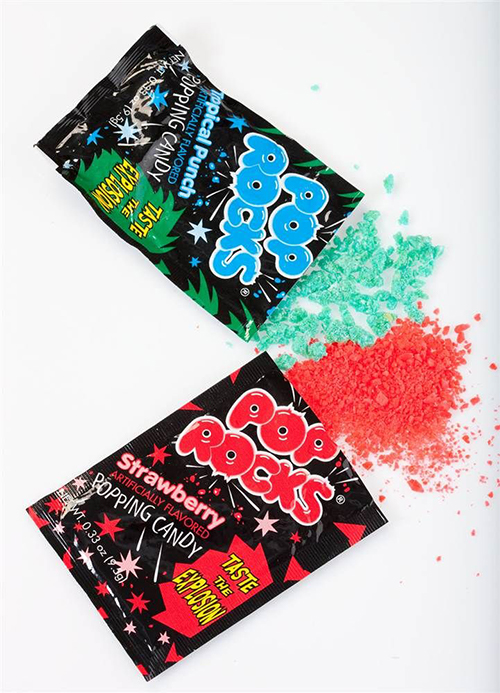 So the light has been shed on the reality of the speculated hazards of Pop Rocks.  The results are in and the conclusion is...drum roll please...there is absolutely no imminent danger in enjoying a pack of the iconic candy . Except of course, becoming utterly addicted to the sensational mouth tingling effects! Now that you've been correctly informed, its time to bring back the fun of Pop Rocks and divulge in the Bulk Candy Stores variety of Pop Rock flavors that your whole family is sure to love!