With choices like Watermelon, Hot Cinnamon and Gigantic Bananas we don't think any other candy can compete with the demand of these fun and cute confections. No matter your favorite adaptation of these chewy delectable temptations, you have every reason to adore them.

Those shiny and squishy bears have had millions of loyal fans across the world for decades. In fact, the first known Gummi bear (Gummibär)  was made in Germany in the early 1920's by the self made candy connoisseur, Hans Riegel.

Haribo soon became one of the largest Gummi Bear distributors in the world. 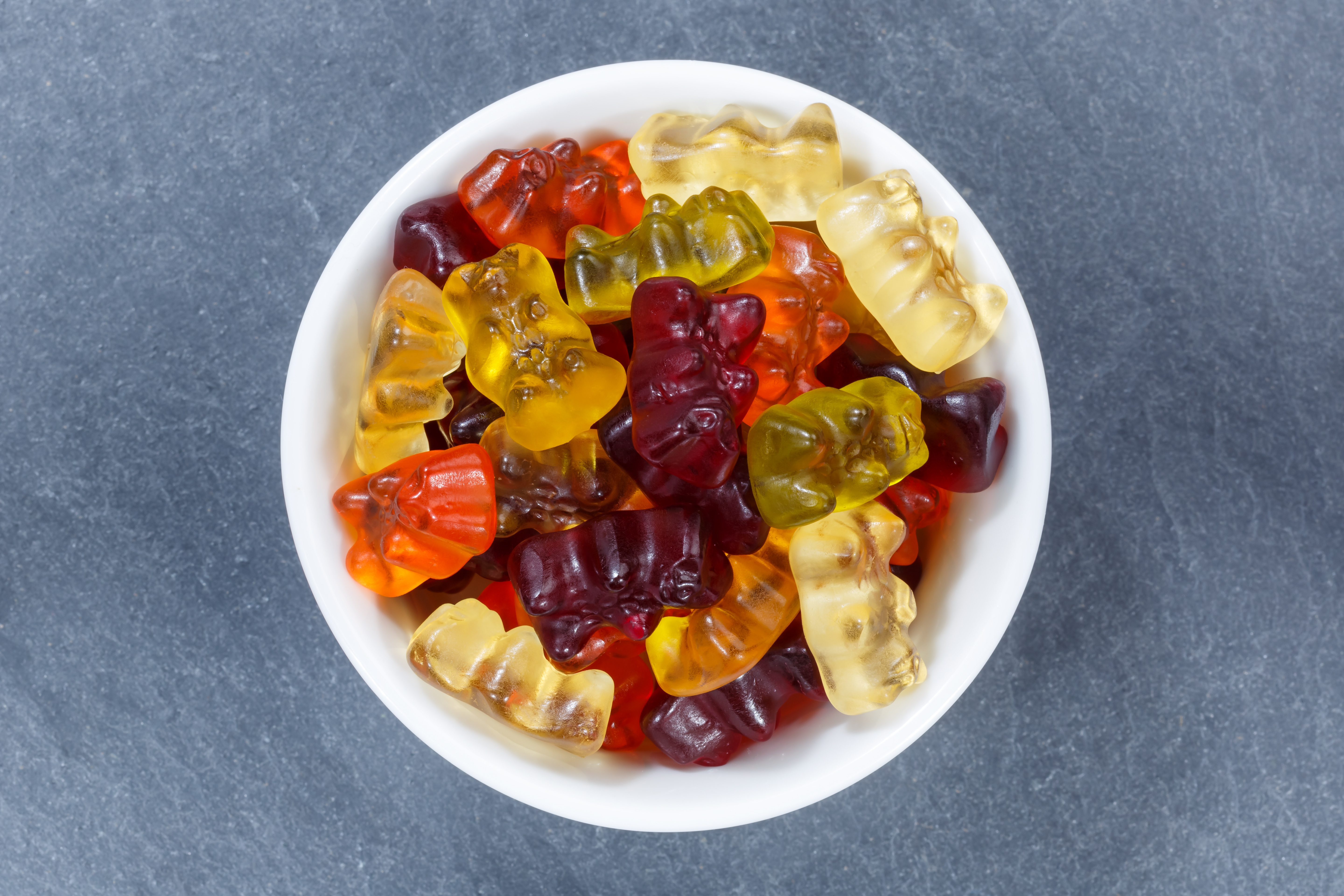 What started off as colorless, hard candies soon turned into soft gelatin-based fruit snacks that resembled the popular bears that were seen dancing in festivals and parades.

Gummi, also known as Gelatin has been around for centuries, and descends from old traditional recipes like  Japanese Sticky Rice and Turkish delights!

Gelatin is commonly derived from animals, particularly pork. In areas where pork cannot be consumed, the alternative is Bovine Gelatin.  In Kosher instances, Fish Gelatin is put in place for religious dietary laws.

I apologize for destroying your gummi obsession by telling you that animal byproducts may or may not have been infused into your favorite Blue Raspberry flavored bear BUT without it your delicious little friend simply would not exist...besides Gelatin is tasteless, odorless and contains no fat so you're in the clear.

Is it Gummy Bear or Gummi Bear?

Some people confuse Gummy Bears with Gummi Bears. Is it spelled with an 'I' or a 'Y' at the end? Don't worry I am here to break it down for you.

Gummi is a sugary, gelatinous material used to make candies whereas Gummy literally translates to "showing the gums". If you are spelling Gummy Bears this way you are actually referencing a bear with a gummy grin...weird visual...I know.

Gummi Bears with an I at the end are sugary, gelatinous candies shaped like bears! Easy enough right? Now you can use your new found knowledge to correct people on Facebook in the comments section. This is valuable information people!!!!!

Gummies Make the World Go Round'

Gummies have come a long way since the 1920's and you can find enormous varieties on shelves across the world! There are sour gummies, peach gummies, gummi rings, gummies on a stick, gummies shaped like frogs, jet planes and dinosaurs, bitter gummies, vitamin gummies, agave gummies, gummi pizza, spicy gummies... My goal with that run on sentence was to sound as Benjamin Buford Blue as possible. For those of you who have never seen Forest Gump - I forgive you, but you are doing yourself a disservice.

Gummi Bears are also categorized by brand! The original gangster of them all is of course Haribo but the current craze sweeping the nation is the fairly new Albanese Gummi Bear. Haribo is known for its firm texture and yummy fruit flavors but Albanese is scooping Haribo fans up and claiming territory with their incredibly soft and juicy gummi bears. I guess we will have to stay tuned to find out who wins the gummi world cup!

Fun Fact: Did you know that the green Haribo bears are Strawberry flavor? Way to trick everyone with that green apple disguise guys...good one.

What is your favorite Gummi Bear brand and flavor?